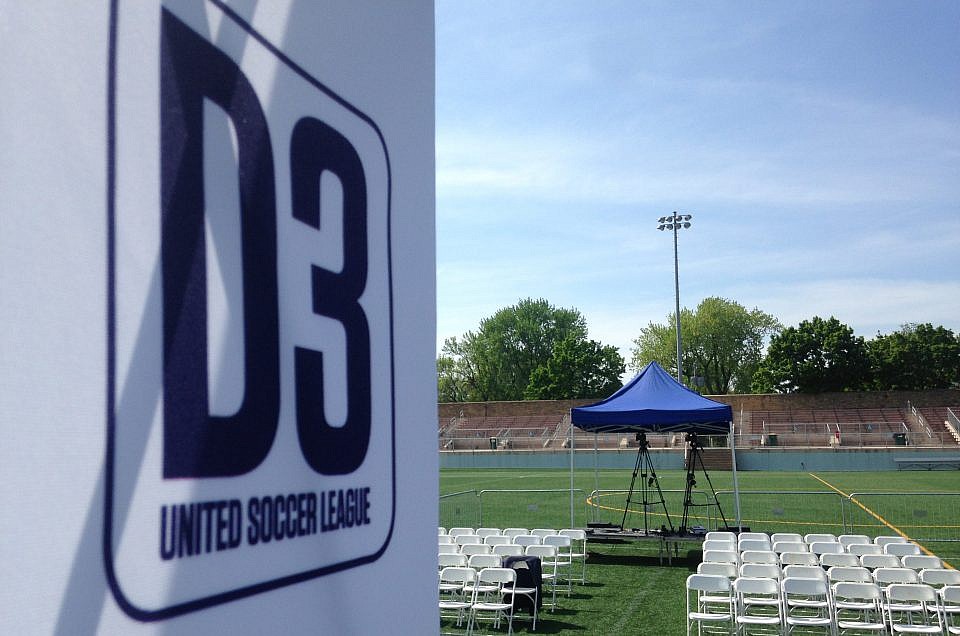 OBJECTIVE: In May of 2018, Hinckley Productions was contracted to broadcast an international news conference for the United Soccer League. Our objective was to provide a high quality live stream for the USL Facebook page with no interruptions or downtime.

CHALLENGES: The main challenge with the shoot was that everything had to be perfect. We were live streaming to a large Facebook page and we were expecting to have a lot of eyes on the broadcast. The stream’s archive has seen over 3000 views to date.

PRE-PRODUCTION: The pre-production for this event involved us conduction site-tests on-location weeks in advance to confirm internet quality and to anticipate lighting. Since the client was very clear on the stability of the live stream, it required a high degree of testing to assure our successful event. This meant testing Internet speeds and verifying through brute force testing that the infrastructure would support a live stream for the time we wanted. We were supplied with lower thirds animations and a hype video by the client. The lower thirds were all on a black background. We modified graphics to allow from a chroma key instead of luma key for use with our switcher. I ended up rendering them all on a green background with large text on the top half of the screen stating the name of the speaker. I added the name to make it much easier to tell at a glance whose graphic was next, since the lower thirds did not show the speaker’s name until a second into the animation. We clipped of the top half of the graphic in our switcher so their name would not appear on the stream.

LOCATION: The location was very unique. It took place at the Breese Stevens soccer field, which was set to be the new home of the Forward Madison team. Setting up in the heat was a challenge. We were able to overcome this with a large standing tent over cameras and production equipment and clever placement of our van. Now, you might be thinking “How to you get a stable Internet connect in the middle of a field?”. Well, we set up shop underneath the announcer booth, which had ample ethernet and electrical outlets. Should this internet not have sufficed needs we could have brought in bonding solution, which would have merged, mobile, wireless and wired networks to produce the necessary bandwidth.

THE EVENT: The event was a simple two camera shoot that only lasted for 30 minutes. One wide camera, one tight. The real magic happened in the command center in our tent. I managed the graphics and monitored the stream while Natalie operated the switcher and directed. Like normal, everything went off without a hitch once we got rolling. Thanks in part to our exhaustive testing and hundreds of hours of experience.

You can watch the live stream archive here.